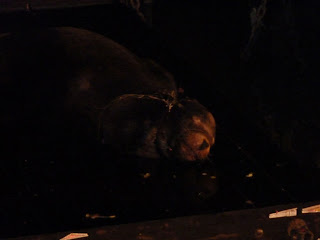 My appreciation goes to all those involved that evening (even those with crazy ideas) - maybe this will propel us to educate ourselves a little more and act; main appreciation goes to Erin Brodie of the Marine Mammal Center for turning a tense situation into an educational one - not to mention her every day, on-the-ground work.
Posted by Mark Armen at 10:15 PM No comments: